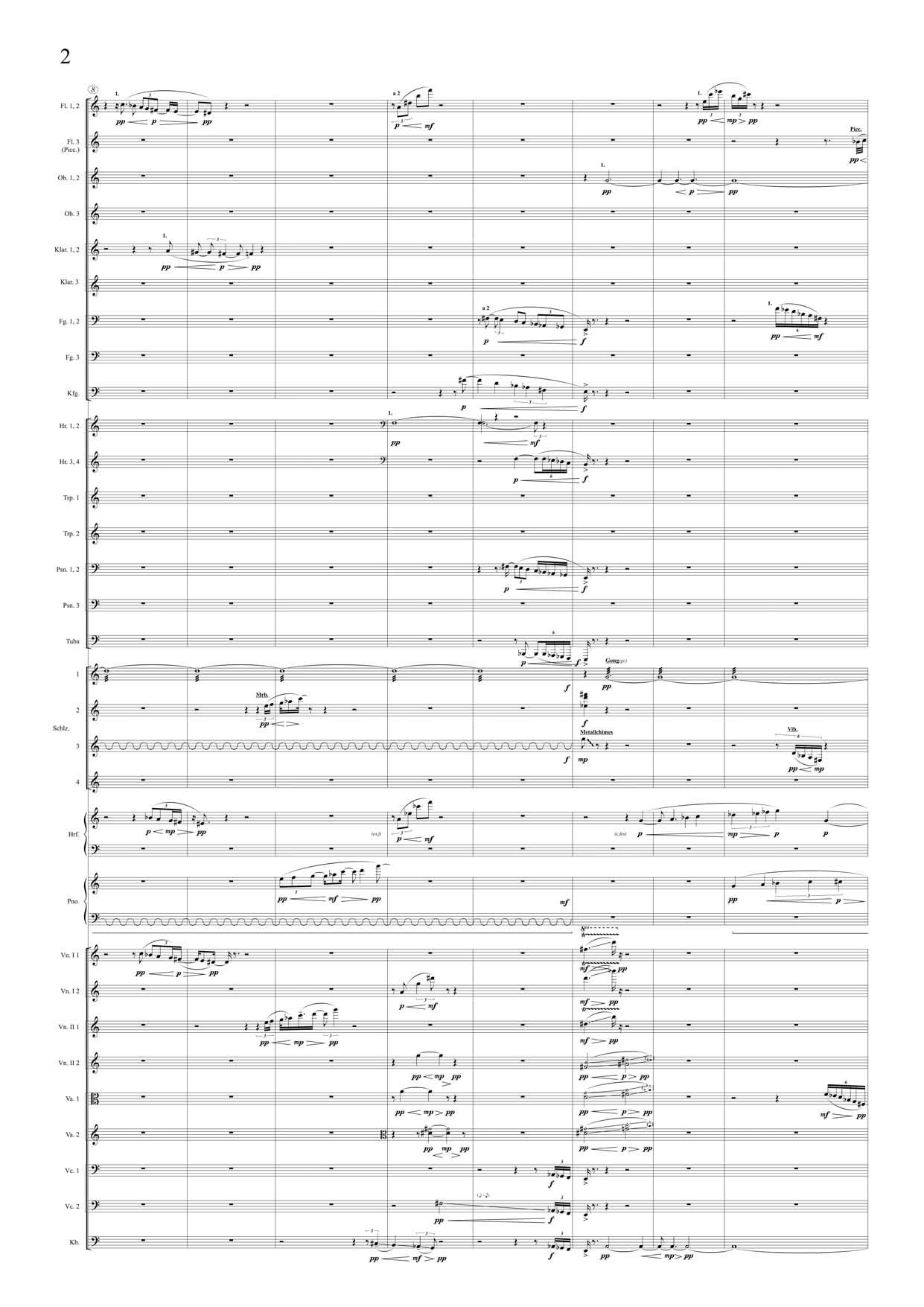 Amorphing is made as a combination of amorphous and morphing.
I got my inspiration from the pointillist painting in which tiny differently-colored points gather on the canvas and mix to create a piece. As the title suggests, I have tried a method in which short irregular sounds or sound forms appear in succession with the passage of time to create musical development.
Working to conceive this piece, I thought of various noises and mechanical sounds on busy streets of Seoul. I obtained materials for sound forms and tones from the imbroglio of footsteps sounds, street car sounds, diverse cell phone sounds, supermarket fridge sounds, the electrical noise from the street lights and neon signs, and elevator sounds, among others.
Actual urban sounds are made up of continuous repetitions of diverse noises. To reconstruct them musically, I have created several patterns grounded on similarity and made sound forms out of them through repetition and change. Patterns constituted by repeated sound fragments build lively musical streams, and the tiny pieces put together create rhythmical and colorful sounds.
I have also implemented rich tonal variations through varying combinations of musical instrument groups. While working on the conception and production of the music, I spent some time sorting it out between imitation of actual urban sounds and their perfect variation. That hard thinking built the base for a balance between diversity and unity in sound effects and provided the possibility of stereoscopic sounds through the structure of multiple repetitions